50 US attorneys general have launched an antitrust investigation of Google 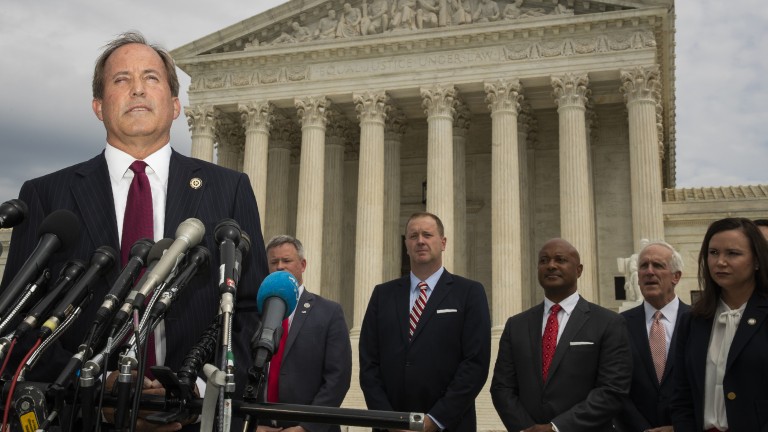 The news: 50 attorneys general from US states and territories have launched a joint review into Google’s advertising and search practices to assess whether the tech behemoth has abused its dominance to stifle competition. The review, which could later cover other bits of the company’s business, will be led by Ken Paxton, a Republican who’s the attorney general of Texas. Other tech giants are attracting attention from states, too: last week several of them launched an antitrust inquiry into Facebook, which will be led by New York’s attorney general.

Piling on: The new investigations underline the bipartisan nature of concerns about the influence Big Tech wields over huge swaths of the economy, and in particular over how information is found and consumed. They come on top of moves by federal regulators to put tech firms under an antitrust microscope: the US Department of Justice (DoJ) has launched a wide-ranging review of the “GAFA” four—Google, Amazon, Facebook, and Apple.

What lies ahead: The reviews are likely to dig into various alleged antitrust abuses, from Google favoring its own services over those of rivals in its search results to Facebook and Amazon snapping up potential rivals before they can pose a threat to the giants’ dominance (see our explainer for more details). Don’t expect any quick results, though: the legal wrangling could last years, and all the companies will roll out armies of highly paid lawyers and lobbyists.

The Microsoft precedent: If the tech firms are found to have violated antitrust rules, penalties could range from fines to court orders that force them to divest entire businesses. At the very least, the legal battles will be a massive distraction for top management. When the DoJ launched a landmark antitrust case against Microsoft in the 1990s, the company ultimately managed to avoid being broken up. However, the bruising legal battle made it far more cautious—and that allowed startups in emerging areas like online search to flourish. Ironically, Google was one of the young companies that prospered as a result. Now it’s the one in the legal line of fire.